A few weeks ago I went to the Michigan Law School to watch a close friend, and college soccer teammate, graduate. I was smiling so hard during the ceremony that my cheekbones hurt by the end. Our former goalkeeper, the wall of our backline, and anchor of our defense had now conquered law school. That event—and all the feelings it stirred up—reminded me of how powerful the bond between teammates can be.

It reminded me of what sport is all about: connection.

As I sat in the crowd thinking about connection, keynote speaker and U of M alum, Michele Coleman Mayes, strove up to the podium and spoke about what could not have been a more fitting topic: what gets in the way of our ability to connect. “It’s baggage we all carry,” she remarked— “our biases”.

What are biases and how do they relate to our coaching?

This post breaks down what biases are; why we have them and where they come from; and, what they might mean for our coaching—namely our ability to connect with and empower our athletes.

Biases are associations, or stereotypes, that we hold. These assumptions impact how we perceive ourselves, others, and make sense of the world. While we might have some sense of our biases, implicit biases are attitudes that are unconscious, involuntary, and automatic.

Take 10 seconds to look at each of the pictures below.

Write down 3 words that come to mind for each picture.

Avoid thinking too hard or trying to filter your thoughts. 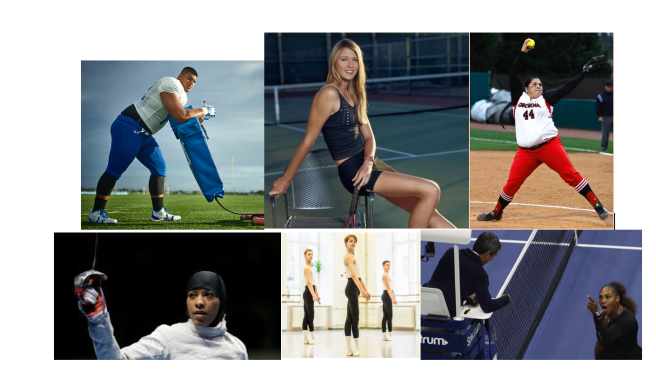 We tend to make stereotypes about people/groups related to aspects of their social identity (e.g., race, gender, and ethnicity) because these characteristics are visible (like in the photos above). We also do so for personal identity characteristics (e.g., personality). For example, perhaps you favor, or show an unconscious preference toward, extroverted people as leaders believing that “Introverts don’t have the same ‘natural’ leadership qualities.”

Along with social and personal identity characteristics, we also use other general mental shortcuts to navigate situations. We tend to favor people that are like us (similarity bias) and seek out information that confirms or supports our intuitions/beliefs (confirmation bias). I’ll unpack how similarity and confirmation bias play out in coaching in part II.

There’s lots of baggage here but don’t get too bogged down. We shouldn’t feel ashamed of our biases because we’ve all got them. I’ll explain why in a second, but what’s important is that we become aware of our biases, own them, and critically reflect on how they might impact our players. We have to be vulnerable and intentional to “check our baggage.”

WHY DO WE HAVE BIASES AND WHERE DO THEY COME FROM?

Biases are not necessarily bad. They are mental tools that save us brain energy.

Instead of processing all the information about a person or group of people at every moment, we rely on these timesavers to make quicker decisions and act. And, our fast-paced world makes us all the more prone to these snap judgments and labeling.

We develop these mental tools based on our past experiences and interactions.

For this reason, our biases are bound up in who we are.

These heuristics allow us to pay attention to potentially relevant, novel information in a given situation, and can sometimes provide us with enough evidence— or at least a starting point— to meaningfully act.

WHEN DO BIASES, CONSCIOUS OR UNCONSCIOUS, GO BAD?

Biases go bad when they lead us to think and behave in ways that reduce individuals (often in favor of something/someone else) based on inaccurate or incomplete information.

I touched on how my own biases undermined my coaching in a previous post, “what I learned coaching boys”.I made assumptions early last fall season working with my boys’ team. I adopted a more hard-nosed approach because I thought that’s what boys could/should handle. My internal dialogue was something like, ‘I already know all I need to know about you’.

In doing so, I overlooked the individual needs of some of my players and foreclosed the opportunity to encourage these young men to be aware of and responsive to their emotions. I undermined my ability to connect: to meet them where they are at and develop the trust that would allow me to push them to be better—not just as players on the field but young men off the field.

As coaches, we want to be careful not to reduce players to group labels and imply that all individuals who belong to a social identity group are the same. We need to attend to and embrace individual differences if we want to truly connect with and communicate care for our athletes.

Another bias emerging within the increasingly professionalized, privatized context of youth sport are biased perceptions of early maturing players as having more long-term athletic potential relative to average or late maturing athletes.

Late maturing athletes, especially male players, are often overlooked and not selected for elite development pathways because early maturing athletes are noticeably bigger and stronger. This disparity is short lived as these advantages decrease with age, but coaches run the risk of excluding late maturers from key competitive opportunities before they “catch up” because they may appear less athletic and talented. 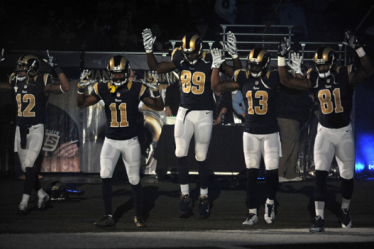 You’re a football or basketball coach. You look at your athletes and opposing teams you play. You look at the NFL or NBA. The NFL is nearly 70% black (a statistic that fails to represent the prevalence of white players at quarterback, which should provoke some critical thought about why and that position is different.) Like Coach Boyd courageously explains in this 1-minute sound bite, you make a judgment. Black people are more athletic.

This statement is inaccurate because there is no genetic basis for race. Race is a social construct, a concept we have conjured up based on an observable, surface-level physical characteristic. See this article for a more thorough explanation here. Basicall,y there is more genetic variation within racial groups (85%) than between (15%) them.

This assumption is also logically flawed and conflates race (skin color) with ancestry.

If you’ve read David Epstein’s TheSports Gene, his explanation of why Jamaicans dominate sprinting or why some Kenyan runners are exceptional distance runners is helpful to clarify the difference. Their dominance is not because they are black but in part due to aspects of their ancestry.

Ancestry accounts for how history unfolds—how social systems and norms and geography shape our interests, capacities, and behaviors. Living in varied climates or at certain latitudes/altitudes over countless generations may produce bodily adaptations. Living in cultures that value particular sports over others influences the value we assign and access we have to sport participation (e.g., talent young Canadian hockey players).

Even if inaccurate, isn’t the black athlete stereotype ok? I mean—it’s positive, right?

Stereotypes, even those that are seemingly “positive”, are harmful because they are reductionist. When we – for example – assume that all black males are bigger, faster, and stronger we assign value to their physical abilities and dismiss their intellectual abilities. We often do so without accounting for the historical context (slavery) and (racist) systems that created this commonplace belief and lived racial divide in the first place. This bias can snowball into a series of related stereotypes: we equate physicality with brutality (aggression and endurance of pain). We assume that because of this ‘natural talent’ they should excel; and if they don’t, they are lazy.

This is further problematic because athletes internalize the implicit and explicit expectations that we (as their coaches specifically and sport leaders generally) communicate to them. If we assume the only —or even simply the most likely— way for black boys and men to “make it” is through sports, our lack of belief in their ability to “go pro” in something other than athletics has significant disempowering effects. The assumption stops us from connecting with who they are as people not just players.

HOW CAN WE CHECK OUR COACHING BIASES?

B-E-S-T is a tool to help you check your “baggage”:

Checking our coaching blind spots can be an uncomfortable task. As coaches, we often tell our athletes to “get comfortable being uncomfortable”. Let’s heed our advice and embrace that discomfort. Doing so is vital to our ability to authentically connect with our athletes as people and necessary if we hope to empower players on/off the field.

View all posts by bothandcoaching